Peracide is a biocidal tablet product that generates peracetic acid (PAA) in-situ through a reaction between TAED and hydrogen peroxide; which is released from the dissolution of a compound called sodium percarbonate.

Peracetic acid is a highly effective broad-spectrum biocide that has been used since the 1950s as a pre-formed liquid, with a concentration between 5% and 30%. 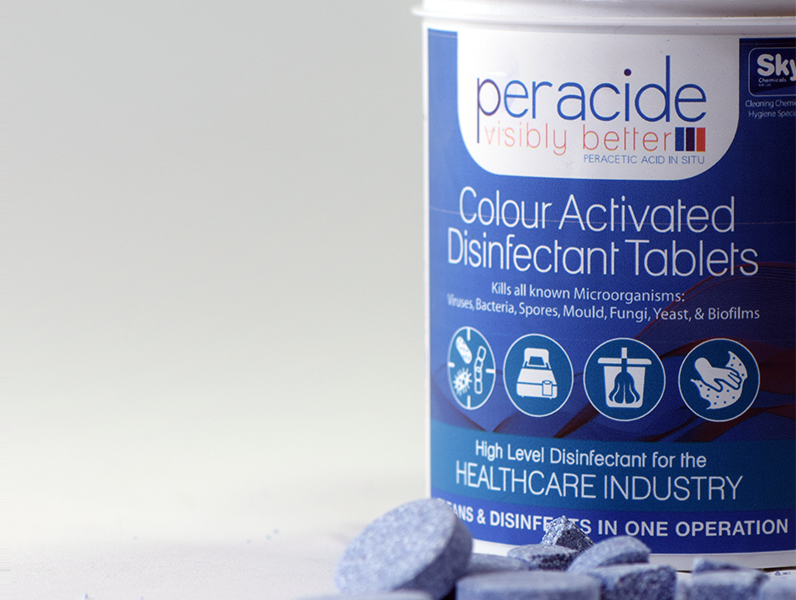 Order Peracide Products Today for Next Day Shipping in Ireland